Dramatic failure of materials in drilling platforms at sea

Oil platforms, offshore platforms, or more colloquially oil rigs are huge engineering structures for enabling to drill wells, to extract and process oil and natural gas, or to temporarily store product until it can be brought to shore for refining and marketing. In many cases, the platform contains facilities to house the workforce as well.

Material failure on oil platforms and the assoiated gear parts is unforging as huge ocean portions can be polluted and many animals killed.

A few examples of collapsed platforms are :

Al Mariyah    Al Mariyah
Whilst skidding the rig cantilever, the jack-up Al Mariyah collapsed and lost its derrick onto the platform below.

Ocean Prince    Ocean Prince
The UK-built semi-sub Ocean Prince, finder of the first UK offshore oil, broke up off England's east coast during a storm in 1967.

Ranger I    Ranger I
After being jacked up on location in 1979, the rig Ranger I collapsed due to fatigue in the stern leg.

Sea Gem    Sea Gem
One of the first drilling rigs in the North Sea, the Sea Gem collapsed in 1965 as a result of metal fatigue.

Transocean 3
A rare self-elevating semi-submersible, the Transocean III capsized and sank East of Orkney after a jackable leg broke away in 1974.

Bohai 2
In 1979, the jack-up Bohai 2 capsized and sank in a storm while on tow off the coast of China.

Mr Bice    Mr Bice
Mr Bice sank in 1998 in the Gulf of Mexico after structural failure and flooding.

West Gamma    West Gamma
A storm in 1990 caused structural failure and flooding to the West Gamma, resulting in its sinking after towline loss.

Ocean Ranger    Ocean Ranger
A ballast control malfunction caused the Ocean Ranger to capsize during a ferocious storm in the North Atlantic in 1982, with the loss of all hands.

Petrobras P36    Petrobras P36
In 2001, an explosion destabilised the P36 production rig in the Campos Basin, Brazil, eventually causing it to sink. 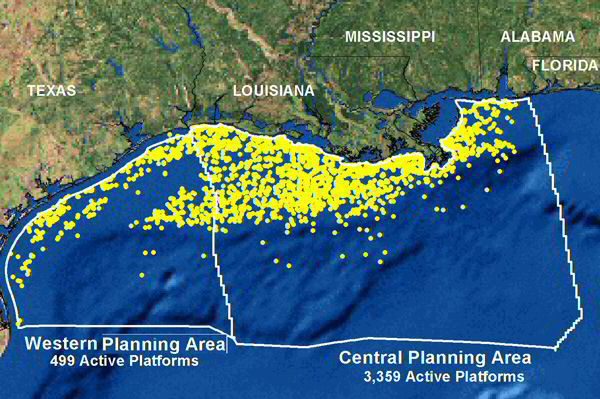 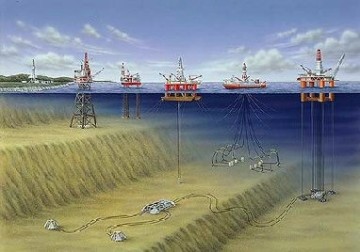 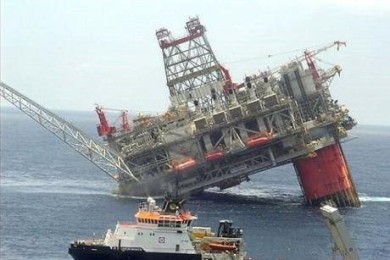 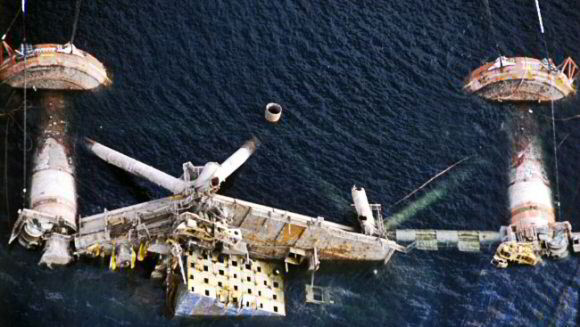 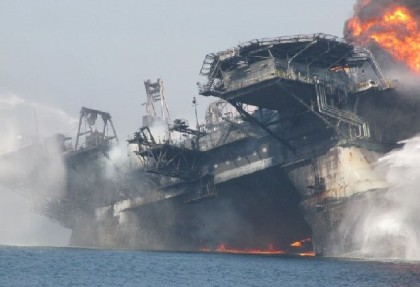 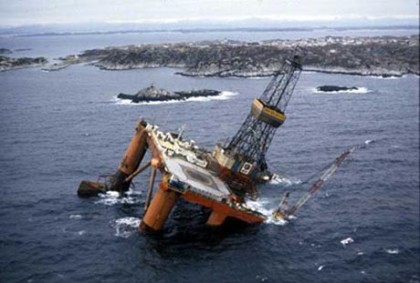 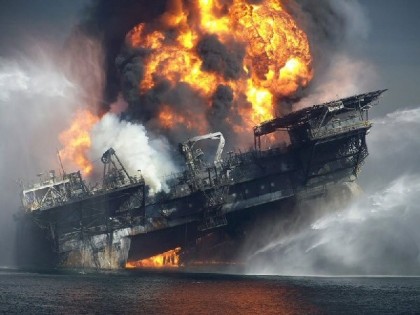 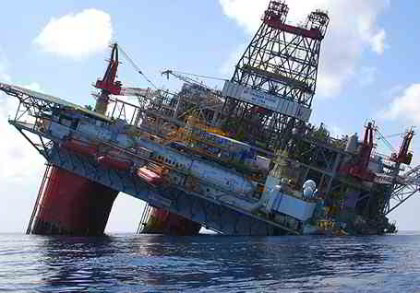 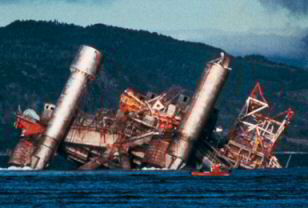 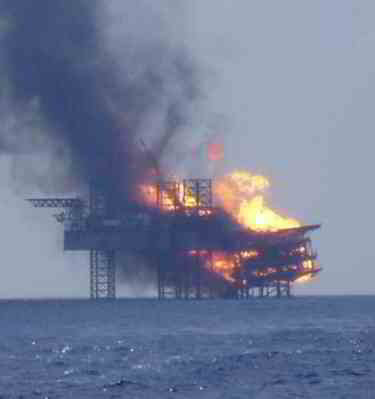 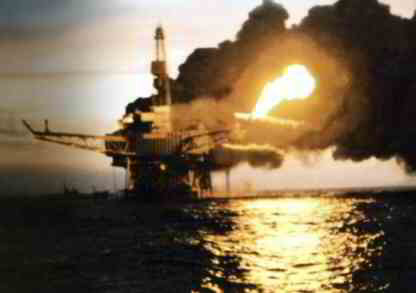 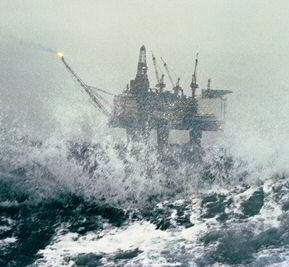 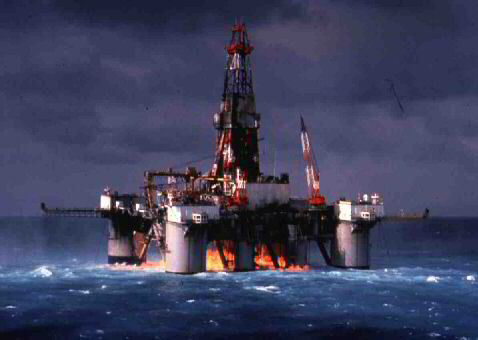 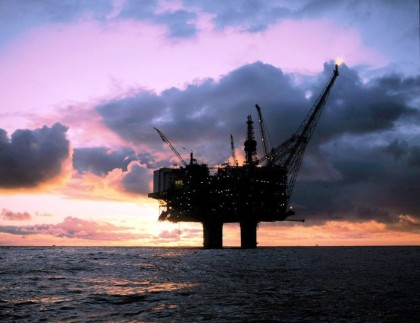 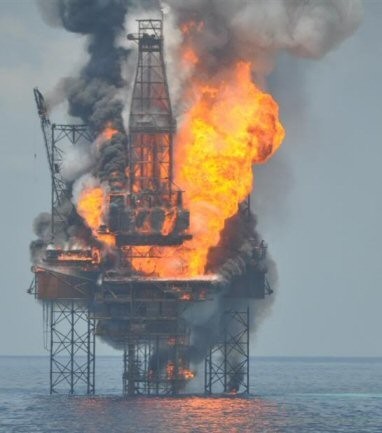 Blow-out that occurred in the Montara Field, offshore Kimberly Coast in Western Australia 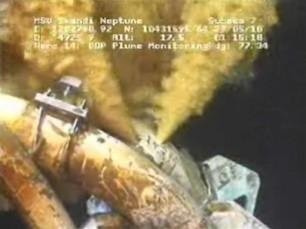 Failure of the X70 grade steel used in offshore drill risers. This one failed in the Deepwater Horizon catastrophy. 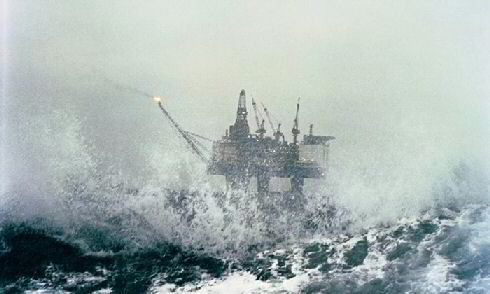 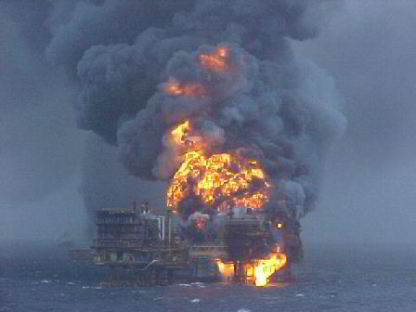 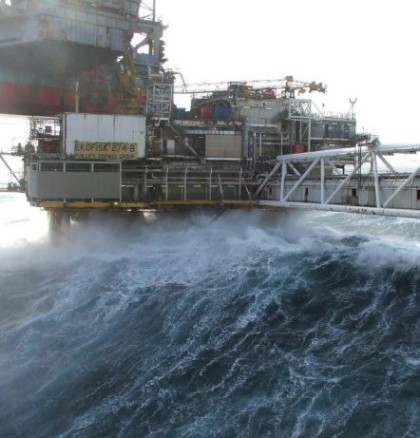